Official words of Britain’s declaretion of war reached Wellington eight minutes before midnight on 3 September. Shortly before 2.a.m. on 4 September New Zealand advised London of its declaretion of war. New Zealand was one of the first democratic states to enter the Second World War alongside Britain Australia and France. After few days’ neutrality Canada and South Africa would join them.

At the end of January 1944 General Alexander ordered to the 2 New Zealand Division and the 4th Indian Division to leave the 8th Army on the Adriatic sector and to join the 5th Army in the Liri Valley. Clark put together these two Divisions in the New Zealand Corps and sent them to the attack as soon as possible. Everyone knew that Monte Cassino Battlefield was going to be very hard to be destroyed, so the only solution was to have French troops to send to attack

The New Zealander Generals were very worried focusing the unevitable task of organizing a New Zealand attack on Monte Cassino Battlefield. As part of the New Zealand Corps, they had expected to drive through a gap that American forces would open and linking with other forces landed at Anzio to the north of Cassino to drive on Rome. But the American attack foundered. General Freyberg wanted to organise his attack very well after the bloody lesson of the American attacks before him. Freyberg planned two attacks. While the 4th Indian Division attacked to the north of the town, where the American  had made some gains, the New Zealanders would seize the railway station and two other nearby points.

Battlefield Tours for New Zealanders: the bombing of Montecassino Abbey

The troops believer that the Germans were using the monastery of Monte Cassino as an observation point. So the Indian divisional commander suggested its destruction and Freyberg agreeded. On 15 February the monastery disappeared under massive bombs blasts. The Germans had ever used the monastery as an observation points, but using the bombing they use it to create a strongpoint. As soon as darkness fell on 17 February, several hundreds Maori Infantrymen moved forward along the causeway.

At 2.a.m. the Cassino station was in Maori hands. Smoke was laid down to obscure the Maori waiting for the darkness to send them supports, but they spent unconfortable hours under mortar fire as they waited. Late in the afternoon their position was untenable as German tanks and Infantry pressed in on them in a  concentred counter-attack. The Maori were forced to pull out of the station and back across the causeway. Freyberg was forced to prepare a new attack with a different approach on the same Cassino battlefield .

Battlefield Tours for New Zealanders: WHAT TO EXPECT

2) about 3h30 guided tour of the British most meaningful sites of Cassino:

5 Brigade headquarter next to the Gustav Line

28 Battalion headquarter next to the Liri Valley

Battlefield Tours for New Zealanders: WHAT YOU MUST KNOW ABOUT THIS TOUR

Battlefield Tours for New Zealanders: MORE TOURS IN THIS AREA 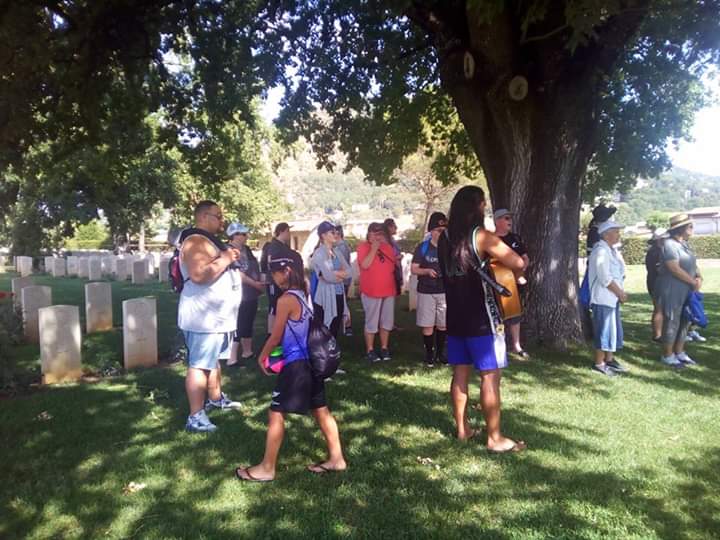