On 18th May Montecassino was fallen in Polish hands and the Canadians had already crossed the Rapido River, passed through Pignataro Interamna and arrived very close to Pontecorvo. But General Leese  took his time and waited until 23th May. He wanted to attack the Senger Line, this time not with the help of the concentrated forces of the whole 8th Army, but simply sending a single division of the Canadian Corps.

At 6am on 23rd May the Canadian 1 Infantry Division advanced in the area between Pontecorvo and Aquino, called Le Valli di Aquino. With a lot of difficulty they could fight against the Germans hidden in their pillboxes and bunkers, but they could to reach first the road Pontecorvo-Aquino and then Pontecorvo was at the end in their hands. The Senger Line was formed by 19 bunkers, foxholes and pillboxes, and it was very difficult to see them and to destroy them. On 24th May the Canadians 5 Armoured division took over and reached the Melfa River very next to Roccasecca railway station and after a very bloody battle next to S. Vito church, they destroyed the German defences.

With the help of the Poles that took Piedimonte on 25th May and the Indias of the 8th Indian Division and the British 78th Division that could to occupy the area all around, the Canadian Armoured Division could enter Ceprano and some days later Frosinone with a huge lost of lives. On the way to Frosinone a very important point was the so called Torrice Crossroad were still now some plaque are remembering what happened about 80 years ago

“Canadians in the Liri Valley” Battlefield Tour: WHAT TO EXPECT

1) pickup from your arrival at the railway station in Cassino everyday at 10.00am or 02.00pm (Main Square, near the Green Kiosk)

“Canadians in the Liri Valley” Battlefield Tour: WHAT YOU MUST KNOW ABOUT THE TOUR

WHAT IS NOT INCLUDED: Lunch and dinner are not included

GUIDES/LOCAL EXPERTS:  I will held this tour

“Canadians in the Liri Valley” Battlefield Tour: MORE TOURS IN THIS AREA 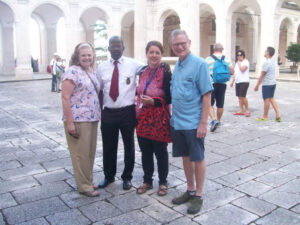