The Mount Porchio Attack: WHAT TO EXPECT

At the beginning of January 1944 the II Corps continued its effort along the Highway No.6 to join as soon as possible Rome. The Germans were regrouping to stop the Allied way to Rome, but because of the 29Th Panzer Grenadier Division were too tired to continue fighting , the 44th Grenadier Division took over their key positions from Mount Majo to Mount Porchia.

Joining Cassino on the Highway 6

On the way to Cassino along Highway No.6 there were 3 isolated hills called Cedro Hill (the Smallest), Mount Porchia and then next to San Vittore village, Mount La Chiaia. These three hills offered the enemy a good barrage, against the Allieds and a good observation point. Behind them one keystone of the German defenses of Cassino , a hill called Mount Trocchio. The opening attack of the Allied was planned as following Mount la Chiaia had to be attacked by the 135th and 168th Infantry 34th Red Bull Division with the help of the 1st Special Service Force who had to clear Mount Majo and the surrounding Peaks.

Mount Porchia instead had to be attacked by the 6th Armoured Infantry, and Cedro Hill had to be cleared by elements of British 10 Corps. The Battle of Mount Porchio  started on 4th January when the 1st Battalion of the 1st Armoured Infantry moved to Mount Porchio. The first difficulty was in clearing two small rises on either side of Highway No.6 until they arrived next to Mt Porchio. The second Battalion tried to move along the railway line, but had to withdraw. On 6th January, the 1st and the 3rd were ready to join the attack with the 2nd Battalion at 07.00am.

Thanks to the smoke that covered the north flank of Mount Porchia , some soldiers of the 1st Battalion reached the crest, even if the loss of lives was huge. Even if the Germans organized a counterattack with the help of the Hermann Goering Panzer Division. But the 6th Armoured Infantry held its gains on 7th January, the entire hill fell and the Germans withdraw during the night.

While the 168th was fighting on the Porchio hill, the 46th Division of the 10 Corps had the same problems on Cedro Hill. During the night of 4/5 January the 138th Brigade reached the opposite banks of the Peccia River, but until when the 168th was not able to take the crest of Porchio Hill, the poor soldiers of the 138th and 139th Brigade were pushed back by the enemy mortars. When the Germans retreated from Mount Porchio, they also abandoned Cedro Hill and they all meet on Mt Trocchio.

The Mount Porchio Attack: ALL YOU MUST KNOW

The “The Mount Porchio Attack” can be visited every day all around the year.

There are parking facilities all around this area

The Mount Porchio Attack: MY TOUR

The “The Mount Porchio Attack” tour (about 3 hours) includes:

The Mount Porchio Attack: WHAT ELSE YOU CAN’T MISS IN THIS AREA 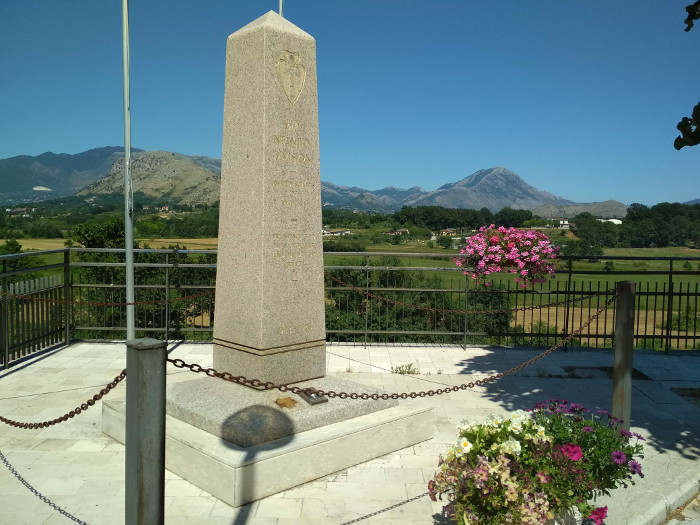