The small port of Termoli was the extreme left of the German defences the German had reinforced the battalions in the town. The Allied had in fact organized a concentrated landing in Termoli made by a Special Service Brigade, who had sailed from Manfredonia on midday on the 2. The seaborne assault was made by a Special Service Brigade, including the 40th Royal Marine Commando took the German garrison by surprise. When the 11th Brigade, 78th Infantry Division joined by coast road Termoli, the soldiers formed with the Special Forces a defending perimeter about the town.

In the next two days, the 36th and 38th Brigade reinforced by sea the elements of the 11th Brigade. The 16th Panzer Division, the 79th and 69th Panzer Grenadier Regiment tried to resist, counterattacking the Allied until when the Canadians arrived again by the coast road. In three days, the British had stronged the bridgehead, but the Germans tried to organize a counterattack on the 5. The situation was desperate for the Allied when the Three Rivers Regiment arrived at Campomarino, souther than Termoli along the Biferno River.

On the night of 3-4 October the Three Rivers Regiment was asked to reach the 78th Division as soon as possible, because the Intelligence staff had reported a German probable attack to the Allied bridgehead in Termoli. On 6 October, the Germans attacked the Allies but with the help of the Three Rivers Regiment they could destroy the German forces. The Germans withdraw inland and up the coast.

The “Operation Devon in Termoli” grand tour (about 5 hours) includes:

2) about 5h guided tour of the Canadian most meaningful sites of Termoli and the surrounding area:

3) return to the railway station in Termoli

Operation Devon Battlefield Tour: WHEN AND WHERE

WHAT IS INCLUDED: minivan and ww2 tour guide

WHEN AND WHERE: Every day upon appointment at the Termoli railway station

PRICE PER PERSON: Price per person 150 euros (lunch or dinner not included)

GUIDES/LOCAL EXPERTS: I will lead the tour as WW2 historian, helped by Patrizia Curci as Local Guide

Monte Cassino Battlefield Tour on the footsteps of British soldiers ⭐⭐⭐⭐⭐ 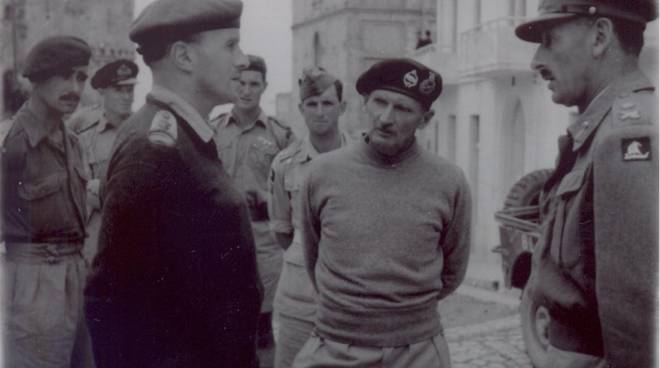 The Operation Devon Battlefield Tour Is held by Anna Priora and Patrizia Curci, 2 ww2 Expert a and local guides