General Freyberg‘s plan involved the 4th Indian Division attacking Cassino from the North, while the New Zealanders were to attack the town from the south. Because of German demolition of the floodbanks south of Cassino, only one New Zealand Battalion could cross the flooded Rapido in the southern attack. It fell to A and B Companies of the 28 Maori Battalion to attack on the town’s well-defended railway station south of the town on 17th February 1944.

After one of the costliest battles fought by the unit during the war, the men of 28 Maori Battalion seized positions in and around the railway station. But the engineers following behind them could not clear a path through the flooded terrain for reinforcements. Without support, the isolated Maori soldiers were forced to withdraw after a counter-attack by German infantry backed by tanks. Over 150 of the Battalion’s men were killed, wounded, or captured in this failed attack.

Experience with us the terrible Maori fighting of Cassino !

Monte Cassino Battlefield Tour for Maoris: WHAT TO EXPECT

The “Monte Cassino Battlefield tours for Maoris” (about 3 Hours) includes:

2) about 3h30 guided tour of the Maoris” most meaningful sites of Cassino:

Cassino Battlefield Tour for Maoris: WHAT YOU MUST KNOW ABOUT THIS TOUR

Monte Cassino Battlefield Tour on the Footsteps of Kiwi soldiers ⭐⭐⭐⭐⭐ 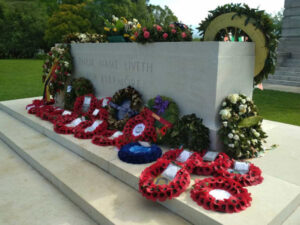