Pillboxes on the Hitler Line: WHAT TO EXPECT

Fred Majdalang described in his book the Hitler Line very well, and his description is exactly what we can see now in the countryside of Aquino e Pontecorvo. This defensive line was built behind the Gustav line, on the way to Rome, and because of it wasn’t a naturally strong defensive position the German engineers tried to do their best to make it as strong as possible.

Panther turrets on the Hitler Line

The line was built about 10km norther than the Gustav Line, and it was composed by minefields, anti-tank pits, grids and bunkers. The Germans had a very short time to complete the work so they decided to dig a simple anti-tank ditch along this line. Behind this sort of passive defence were the machine guns, and for the first time Panther turret.

These bunkers were buildt in a very original way, because on the top there was a tank-turret with a 88mm gun. They were made by steel and weighed about 400 quintals, wall thickness was about 3mm and they were 3mt high and 5 mt breit. They had a strong iron door and inside they could contained up to 6 people. On the Hitler line there are bunkers for 1 soldier up to 6, and the space is enough for 6 camp beds, organised as bunk beds, a little kitchen and a toilette. First of all the Germans dug the hole, then they put inside the steel bunker and at the end they covered everything with reinforced concrete and grass.

Panther Turrets and German defences: the battlefield along the Hitler Line

Germans used them to store their ammunitions and took shelter from the Allied troops. The distance between the bunkers was short, so that they could support each others in case of attack and their number was very high, about 200. The name of these special bunkers was Tobrucks and it comes from the Libyan city of the same name, famouse for having been besieged by the Afrika Corps under General Rommel. During the siege, soldiers from both sides were entrenched in foxholes to protect their position.

The Senger Line: different names for the same defensive line

This defencive line was running from Piedimonte San Germano to the south of Pontecorvo. Its name derived from its original German designation “Fuehrerline” then this been changed to “Senger Line” on 24 Febbuary 1944. The line had been buildt this the help of foreigner workers, between them a lot of Italians, and the Todt Organization. It was planned in November and buildt in December 1943.

Hitler Line: simple mut not so easy to be crossed

This line was built in such a way to have in front of the turrets a particularly long field of fire, and the Germans cut down all the trees at approximately 45cm from the ground. On the flank of the turrets and particularly on the rear the Gus had a restricted fields, and so the Germans covered this weak area with anti-tank guns. These special weapons were usually employed in pairs about 200m behind or to the flank of the turrets and were often hidden behind houses. Some of them instead were positioned a little further to the rear to give depth to the defence, or to be used for a counterattack

If you want to know something more about the Hitler line, have s look to my new website www.visitaquino.altervista.org. instead if you are interested on the battlefield tour on the footsteps of those that attacked Aquino and the Hitler line, please have a look to my

Pillboxes on the Hitler Line: ALL YOU MUST KNOW

The “Pillboxes on the Hitler Line” can be visited every day all around the year.

Pillboxes on the Hitler Line: MY TOUR

The “Pillboxes on the Hitler Line” tour (about 3 hours) includes:

2) about 2,5 hours guided tour of Aquino and Pontecorvo area

Pillboxes on the Hitler Line: WHAT ELSE YOU CAN’T MISS IN THIS AREA

Pillboxes on the Hitler Line 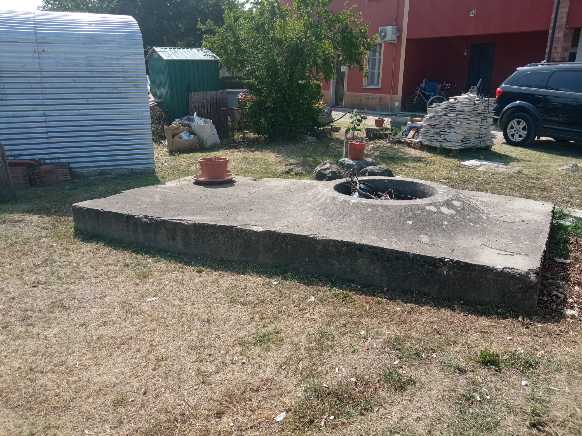 Pillboxes on the Hitler Line Is a tour held by Anna Priora ww2 Expert and local guide. Price per person