In the late morning of 2 May, General Helmuth Weidling, commander of the German 56th Panzer Corps and the General Tschuikow reached the apartment of Mrs. Anni Goebels. Weidling signed the surrender order to the Berlin garrison. Six days later, the unconditional surrender of the German forces was signed officialy in Berlin-Karlshorst. With this surrender, the Second World War ended in Europe. On the fassade of the Building a memorial plague remembering that day can be still seen

This building is an example of Albert Speer idea of realising Adolf Hitler’s huge project in Berlin. Hitler wanted to build 2 main roads, one called East-West Axis and the other called North-South Axis to cross Berlin interelly. At the end of the South Axes Hitler wanted to build a gigantic triumphal arch that hadcto be bigger than any other buildings. To test the site of this new monumento, an heavy load-bearing body made of 12 thousand tonnes of concrete was built by French forced labourers, but the project of this big road was never completed.

One of the last still existing originale Building where the SA (the so called Sturmabteilung) arrested, interrogated and tortured all those that were considered Nazi enemies. About 500 peoples were surelly here. By opening that Door you learn about the early concentration camp, and the prison, helped by pictures, commentaries and record documents. At the end the visitors are aware of the early Times of National Socialism.

This bunker was built in an old gasometer that was taken out of service in 1922. Then the Nazi converted it into a 6-level Air-Raid Shelter for 30.000 people. It was built by prisoners of War and forced labourers. Even if It was heavy bombed the bunker survived. 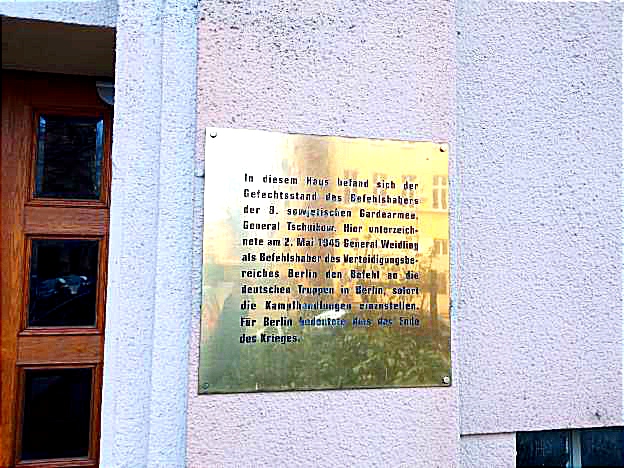